Free shipping on orders of $75 or more! Use the promo code: freeshipping (valid only on U.S. orders, not valid on wholesale orders) Dismiss

Color has a big influence on our psyche and therefore colors that we decorate with or wear say a lot about our personality or our mood.  Different colors have the power to affect our emotions. Pantone discusses how a color of a wall changed how cold or hot a person was feeling:

“An executive for a paint company received complaints from workers in a blue office that the office was too cold. When the offices were painted a warm peach, the sweaters came off even though the temperature had not changed.”

However, color perception differs depending on the sex of the person, the age and culture.

Many studies have shown the effect of color on the person.

Red: Love, power, excitement, lust.  That is why red is used in placebo pills, street signs and as the favorite choice of lighting in Las vegas as studies have shown that people are more prone to gambling under red light as red brings them excitment Yellow: Happiness and energy but when applied to a wall it can also bring irritability because of its brightness.  Studies have shown that babies tend to cry more in yellow rooms.  Yellow in a more muted hue such as pastels has a different effect on people. 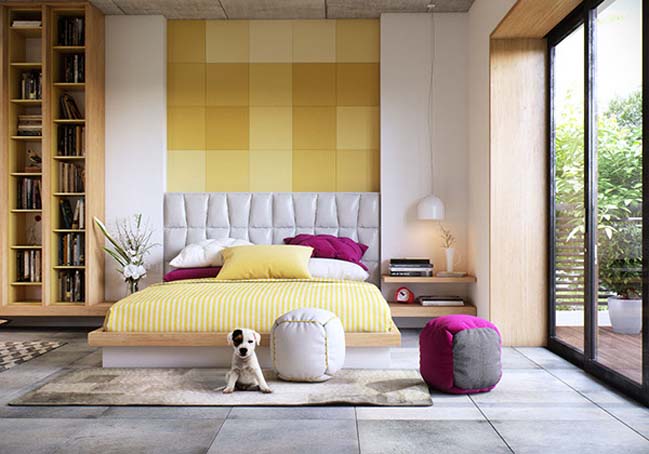 White: Sincerity, purity.  White interior give a sense of cleanliness and decluttering and that is why it is often used in hospitals and is the favorite color in modern design Green: is the color for life and positive energy.  Green gems such as malachite and jade are used as a therapeutic source to bring energy and balance out ones core.

Blue: is the color of peace, serenity and calm. That is why blue lights have been used in to prevent suicide and street crime as well as curb drug use in washrooms.  For that reason Glasgow switched to green city lights to try to deter crime.